The End Is Near For BUSH... 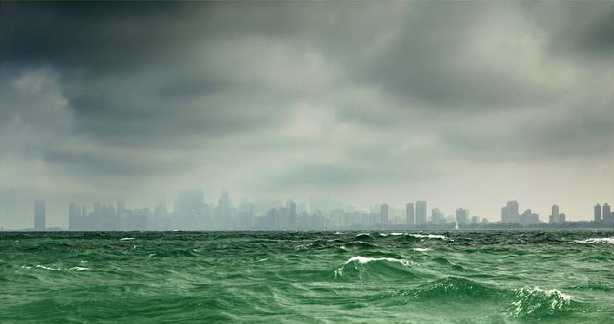 
Filed under: Words In Digital Form— JasonC @ 7:54 am
NOTE: yes, we know they’re still “counting the votes” or something like it. Regardless of whether Kerry can somehow win (we give it a million to one chance), we mean every word…

What a sad little place we’ve come to be, this America experiment of ours. A sad indictment of its people. You want this fraud for four more years? Fuckin have him. You think you’ve seen a mess? You haven’t seen shit. We’ll sit back and politely watch it all rot and wither before our eyes, and remember what it was like back when we had a real place to call home; remember when Americans cherished the value of a job well done – not this miserable failure.

Excuse me, Kos, but now is not time for this tired, ridiculous and insulting ”don’t get mad, get organized” bullshit. Shut the fuck up. Every fucking year I hear this same shit. You know what? Maybe this country doesn’t deserve us anymore. As far as I’m concerned, they can go fuck themselves with their tax cuts for the wealthy… with their oil wars… their contempt for the environment… for a woman’s right to choose… their homophobia.

Turn us into a Christian Iran, Mr. President. Mold us in your fucking image, like the children we all must be.

This country is fucked… and don’t start saying, “Oh, but Jason, don’t forget about the 48% of us who voted for Kerry… this country has a lot of good people like you and me”. Partly true, but give me a fucking break. If this country weren’t fucked beyond repair, Bush would have been laughed out of office… There would have been no need for an election – or at least, only an election to decide who should replace the fuck. No president in our time has accomplished less, damaged more, been responsible for more death and destruction, showed less competence, than George W. Bush.

And yet, here I am… looking at this electoral map. Fucking sick inside. Not for myself, really – I’ll be fine, life will go on as normal, I will probably wake up tomorrow, and the sun will probably still be shining, I’ll still be able to pay my bills, and write little things on the internets – but for my once proud country. A place where men and women and children from around the world used to aspire to emulate. Look at us now. How far we’ve fallen… in so little time.

But this is what we want I guess – a one-party fascist state. What was that Bush said not long ago about wishing he could be dictator? Well, mein furherer, here’s your chance. Take it and run. Fuck up what you wish, because, as you must now know, you certainly won’t be held accountable. We won’t bother trying anymore. Rape the Alaskan wilderness to get your oil fix like a fucking desperate junkie… bankrupt this country so you can throw away Social Security and end the New Deal once and for all… consolidate the corporate oligarchy in the name of progress. Do it all. Fuck us hard.

Our assholes are wide open.

On the bright side, I am infinitely proud of my state for saying no to the man. Thank you everyone for all the work you did to accomplish this.


MIAMI The global implications of the U.S. election are undeniable, but international monitors at a polling station in southern Florida said Tuesday that voting procedures being used in the extremely close contest fell short in many ways from the best global practices.

The observers said they had less access to polls than in Kazakhstan, that the electronic voting had fewer fail-safes than in Venezuela, that the ballots were not so simple as in the Republic of Georgia and that no other country had such a complex national election system.

"To be honest, monitoring elections in Serbia a few months ago was much simpler," said Konrad Olszewski, an election observer stationed in Miami by the Organization for Security and Cooperation in Europe.

"They have one national election law and use the paper ballots I really prefer over any other system," Olszewski said.

Olszewski, whose democratic experience began with Poland's first free election in 1989, is one of 92 observers brought in by the Vienna-based organization, which was founded to maintain military security in Europe at the height of the Cold War.

Two-member observer teams have fanned out across 11 states and include citizens of 36 countries, ranging from Canada and Switzerland to Latvia, Kyrgyzstan, Slovenia and Belarus.

Formation of the U.S. election mission came after the State Department issued a standard letter on June 9 inviting the group to monitor the election.

All 55 states in the organization have, since 1990, agreed to invite observation teams to their national elections.

The decision to observe a presidential election for the first time was made because of the changes prompted by controversy over the U.S. elections in 2000, involving George W. Bush and Al Gore.

"Our presence is not meant as a criticism," said Ron Gould, Olszewski's team partner and the former assistant chief electoral officer for Elections Canada. "We mainly want to assess changes taken since the 2000 election."

Speaking as voting began at 7 a.m. in the Firefighter's Memorial Hall for precincts 401 and 446 of Miami-Dade County, the observers drew sharp distinctions between U.S.-style elections and those conducted elsewhere around the world.

"Unlike almost every other country in the world, there is not one national election today," said Gould, who has been involved in 90 election missions to 70 countries. "The decentralized system means that rules vary widely county-by-county, so there are actually more than 13,000 elections today."

Variations in local election law not only make it difficult for election monitors to generalize on a national basis, but also prohibit the observers from entering polling stations at all in some states and counties. Such laws mean that no election observers from the OSCE are in Ohio, a swing state fraught with battles over voter intimidation and other polling issues.

As for electronic voting, Gould said he preferred Venezuela's system over the calculator-sized touchpads in Miami.

"Each electronic vote in Venezuela also produces a ticket that voters then drop into a ballot box," Gould said. "Unlike fully electronic systems, this gives a backup that can be used to counter claims of massive fraud."

Venezuela had trouble implementing the system, Gould added, because the ticket printers kept breaking down.

The United States is also nearly unique in lacking a unified voter registration system or national identity card, Gould said, adding that he would ideally require U.S. voters to dip a finger in an ink bowl or have a cuticle stained black after voting.

"In El Salvador, Namibia and so many other elections, the ink was extremely important in preventing challenges to multiple voting," Gould said. "In Afghanistan it didn't work so well because they used the dipping ink for the cuticles, so it wiped right off."

To observe elections in Florida, Gould and his partner first stopped to meet state election officials in Tallahassee.

Their visit to Miami included failed attempts to witness election preparations at two polling stations on Monday evening. After a two-hour drive through heavy traffic, the observers found both polling stations deserted.

"In Venezuela we drove around to all the polling stations ahead of time to make sure this didn't happen," Gould said. "Here we consider studying the system more important than looking at actual voting."

Indeed, the team left the Miami polling station little more than half an hour after voting began to make a live interview scheduled on CNN. Media relations has become a major part of their mission, with reporters mobbing the monitors at every stop in Florida and a Japanese television crew from NTV tailing them across the state since Friday.

"There is a lot of interest in Japan where this election observation is seen as a kind of satire," said Fumi Kobayashi, the New York-based correspondent for NTV. "So strange to imagine Europeans coming to monitor elections in the U.S., don't you think?"

A selection of voters and election officials questioned as they left the Miami polling station said they mainly found the election monitors reassuring.

"The United States has long been a model for the world," said Richard Williams, a poll-watcher officially designated by the Democratic Party. "If we allow international observers we will continue to have a leading role."

Not everyone agrees. Jeff Miller, a Republican congressman from Florida, considers the monitors an insult and has publicly urged them to leave. "Get on the next plane out of the United States to go monitor an election somewhere else, like Afghanistan," he said.

Notes taken by the observers, which Gould said often take up just a few pages from his pocket-sized reporter's notebook, will be fed into a national assessment issued by the organization two days after the election. Following standard procedure for all elections, a more detailed report will be issued one month later.